We feel a deep sense of despair and dejection as we become more aware of the tyrants of this world and their evil plans. The New World Order. The Great Reset. What we tend to forget is that there are more of us than there are of them.

In the battle of Mere Plebs vs Great Elites, all that is required is for the ordinary mortals to unite and fight back. We have examples of what has been happening around the world when the public, having realised that their freedoms are being stolen from them, have got together and protested.

The Great Reset is turning into The Great Resist. Canada led the way, a few months ago. Now, the Netherlands is showing us what happens when the real workers of a country cooperate. They can bring the entire nation to a standstill and refuse to submit to the dictators.

The Prime Minister of the Netherlands, Mark Rutte, is like Trudeau, one of Schwab’s loyal minions. So it is apt that the Dutch farmers are following in the footsteps of their Canadian trucking battlers. What brought about this uprising in the Netherlands? Dutch political commentator, Eva Vlaardingerbroek explains in this interview:

The Dutch farmers are out on the streets right now protesting a new law… that basically forces them to give up at least 30 percent of their livestock before 2030. So the Dutch government is expropriating the farmers’ land under the guise of a new nitrogen law.

In the past week, the revolt has been on. The following short videos are from events that occurred from July 4 to July 10.

1.
Netherlands Anti Govt, Anti Agenda 2030
The Preparations begins for what is Promised to be the “Biggest” Rally the Dutch have ever seen….Roads and ports are said to have been blocked…..𝙀𝙣𝙤𝙪𝙜𝙝 𝙞𝙨 𝙀𝙣𝙤𝙪𝙜𝙝

5.
Netherlands… Dutch farmers
close the border between Holland and Germany in Coevorden with tons of manure.

6.
Dutch farmers
have blocked highways from other countries, cut off media, food distribution centres, fuel… and the fishermen have blocked the ports with their boats… the Netherlands is at a complete standstill.

7.
Netherlands…
no farmers, no food

8.
Netherlands… Citizens
join the farmers in solidarity to fight the globalist agenda.

10.
Moerdijk… Dutch farmers
park over 400 tractors to write the words… NO FARMERS, NO FOOD… HELP.

11.
Dutch Farmers: “You Shall Not Pass”
Nijmegen Mayor eats his own words as tractors descend on city in Netherlands.

12.
Dutch children
showing their support for the farmers protests!!

Away with those peasants. What about the representatives of the people in government? Are they all corrupt? Last year, Gideon van Meijeren from the Forum for Democracy (FVD) party, confronted PM Rutte, in Parliament, on the Great Reset. This is a copy of the letter from PM Rutte to Schwab that van Meijeren refers to during his questioning of the PM.

If the Davos plotters think that they have silenced the masses and easy victory is theirs, they had better think again. As long as those who really toil in the soil unite and resist, there will be no great resetting taking place. 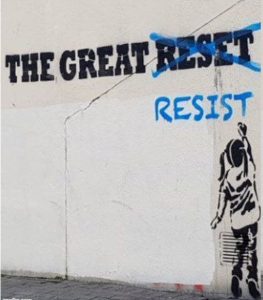 This entry was posted in Climate Change, The Great Reset. Bookmark the permalink.

11 Responses to The Great Dutch Resist