Looking Back… Looking Ahead… [Part 2]

We can mock and ridicule those on the left, but they have managed to work together and fool enough people into believing their agenda, and voting for them. But, on the right, conservatives will spend more time on the philosophical or the trivial, rather than clarify their end goals and focus on that.

Take a look at the freedom parties that contested the elections. This question was asked: why can they not all unite and form one party? There were around six or seven parties, Palmer had 80 million dollars to spare, the other parties would have had fewer resources. But they could have all combined and listed what are the most important policies that they can all agree on, and coordinated on some power-sharing agreement. Then, they could have gone to the election as a united freedom party. It would mean all candidates and volunteers working together, promoting one party. This would also have been easy for voters. Vote 1 – United Freedom Party.

But conservatives do not function that way. To understand this, let’s look it at it from a Catallaxy perspective.

Last year, Cat2 shut down and we had a new Cat3 blog. During the first weekend of the new blog, Adam did mention that he was busy with other commitments, but since he did not want the free speech site to end, he managed to get this blog up and running, at short notice. After the initial stage of jubilation was past, the whinging began. Having the blog wasn’t enough. It needed to be perfect.

On Cat2, there were swamp creatures messing up the blog, on a daily basis. They weren’t just tolerated. Oh, no. They were greeted each day, fed, and given attention. So they kept returning. If anyone suggested ignoring the vermin, they were howled down by the troll-feeders.

Cat3 had swamp creatures, too. But it had something more. It had a Report comment function which was not available on Cat2. At any given time on the Cat3 blog, there would be a dozen or more Cats (posters+lurkers). Dealing with swamp creatures was very easy. Spot the name of the troll, click the Report link, receive the acknowledgement from the system, and move on to the next comment. Took all of 5 seconds. If everyone did the same, the comments would vanish soon after they appeared. Problem solved.

So how did Cats react? United to keep the blog pest-free and clicked the Report button? Nah. They spent more time in criticism. Then, led by the troll-feeders, many of them picked up their boots and went to safer pastures.

In the final months of the Cat2 blog, there were bugs that made navigation difficult. We grumbled and whinged but most of us carried on, happy to have the blog. Cat3 had bugs, too. Suddenly, the bugs on this blog became a huge, non-negotiable obstacle.

What was the outcome of the above mentioned issues?
The Cat2 population split into separate blogs. 5 or 10 offshoots. I have no idea. I am in the time-poor category, so this is the only Cat blog I can manage to visit. It is a bit strange that what was acceptable on Cat2, suddenly became this terrible plague that it was necessary to run away from, on Cat3.
Double standards?

If we look at our freedom parties, we have the problem where conservatives are not able to look at the bigger picture, find common ground and unite. Add to that, a few others presenting themselves as patriotic freedom lovers, like Boikov and Bosi, who initially garnered a great deal of support. Sadly, it wasn’t about what is best for the country, but self-agendas. Two years of noise and promises. When it most counted, it turned petty and selfish.

This is a general reflection. I know that there are those of you who have stayed with the blog, who clicked the Report link when it was needed, who worked your way around the bugs. With a bit of patience and gratitude, it was possible to ignore or get rid of the trolls, navigate around the hurdles, and also manage to read and post comments on this site.

Last year, when this blog was going through its dark phase, I thought it would be a shame if it shut down, as I couldn’t see any other blog where I would feel comfortable spending my time. So I decided to do all I could, to keep this blog moving along. But it takes up a great deal of time and effort posting comments and writing posts, as well. I understand from some of the feedback that not everyone can write a post. But everyone has the ability to write a comment. We all have something to contribute: information, opinions, experiences, suggestions or feedback.

I plan to continue as a contributor with this blog. I’ll come in and add to the comments and posts, when I can. Add to the CatWiki, if possible. There are a few of you who have been supporting the blog with regular comments, but unless there are others who feel that the blog should continue because it serves as an important platform for free speech and information, it is really difficult for the same voices to keep it afloat.

We have to make a choice: are we in search of what’s in it for us, where we will get the greatest attention, a FOMO, or is it about how we can best do something to change the world for the better. Whether we choose to split into factions in the form of separate groups or unite and work together. Whether we spend our time blog-hopping and watching the scenery from one site to the other, or whether we will try and give as we take, share as we learn.

We can fluff out the pillows on our armchairs, and moan and criticise the changing national and world landscape. Or get involved in the fight back – each of us knows our personal circumstances and can find some way to do our bit. We can leave it to the Freedom parties, Rebel News, and others to do something, or we can get in and find a way to make a change.

If you are already waging the battle, you can share it on the blog as it will motivate others. If you have useful links and information that may help educate others, add it to the threads or CatWiki, if you have opinions or feedback or suggestions, share that. We do have chats here, but thankfully, not chatter that continues for pages. We can agree, disagree, debate, discuss without being disrespectful. Anyone who is not a d***head, is welcome to be a part of the blog.

The next federal election is three years away. But before that, there are state elections –Victoria, in a few months and NSW, next year. There are also issues related to the voting system and election fraud. Can we do anything? It seems that voters to the freedom parties form 15 -20% of the population. How can that percentage be increased so that they can get seats in Victoria and NSW? And, by the next federal election, gain both lower and upper house seats?

Can we learn from the other side and start working towards the process of gaining voices and votes for our side? It isn’t easy and there is no how-to guide. We just look for ways in which we can educate others or lead them to the path of truth. We can start within our own circle of family, friends, neighbours and colleagues.

In life, you have 3 choices.
Give up, give in, or give it your all.
– Charleston Parker

The only way to fight the Great Reset, the New World Order and the Pandemic Treaty is to awaken the sleeping billions on this planet. You don’t have to do more than is possible for one person. But we have here an alternative media platform. It is a free, free speech blog. Can we use the opportunity to do something more than just sit back and contemplate the panorama? This is not an echo chamber or an ego cabin. We can disagree and debate, as long as it does not turn into a petty point-scoring goal. It is about listening and learning. If you have better ideas and suggestions, go ahead and share them. If you are in the battle but facing setbacks and wondering how to get round them, someone may have a solution. As intelligent, informed people, we can each find ways to wake up one (or more) ignorant or brainwashed person. 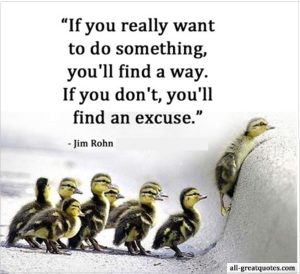 This entry was posted in Conservative, Elections, Freedom, Unity. Bookmark the permalink.

17 Responses to Looking Back… Looking Ahead… [Part 2]