There’s Nothing Conservative About Renting Wombs

Last year, in an interview, Dave Rubin explained his transition from a left-leaning progressive to a free thinking classical liberal, and from there on, considering himself to be a conservative. He said:

What really is so beautiful about the conservative movement right now, is it is an extremely wide tent. . . . a pretty wide swath of people, and I’d say I fall more on the libertarian side of that.

If the conservative movement is all-embracing, what does it really represent? Can someone decide that since the left is leaning too far, they will hop over to the right, and join those conservatives who welcome anyone? It seems that that conservatives have stretched themselves out of shape to accommodate anyone who agrees, in part, with them.

Two weeks ago, Rubin made this announcement via twitter: 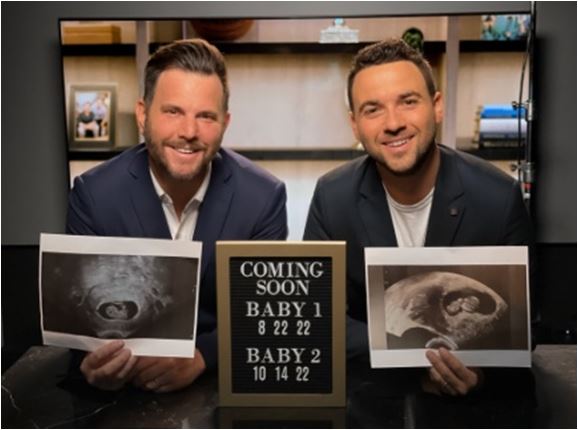 Through the process of using donated eggs and surrogacy, two homosexual men can claim fatherhood. They have bought eggs (genetic material) from one or two women. Two other women will gestate, for nine months, babies that they will give up at birth. Each of these babies, will have two mothers; a genetic mother and a gestational mother. But these women, will have no role in their lives. Once the babies are out of the womb, the transaction is complete. These children will grow up without a mother.

This is self-indulgence. Wanting something that can be purchased with dollars. The needs and rights of the children don’t matter. The bonding that has taken place in the womb is not relevant. Children can grow up without this maternal influence in their lives.

This is not a “conservative” stance. It is not even a rational stance. “I did it because I wanted to” is not a rational reason for anything. It is simply a statement of willfulness. If a child doesn’t have a right to a relationship with his or her own parents, no one has a right to anything. What remains to conserve, once you’ve stripped away the most basic birthright of a human being?

We have a situation where someone calling himself a conservative, is actively doing something that does not conserve the basic right of a child. If we believe that isn’t in keeping with conservative values, how do we explain the fact that prominent conservatives have rushed in to congratulate Dave Rubin, on his soon-to-be achievement of fatherhood?

Like  conservative commenter Megyn Kelly, conservative writer and filmmaker Christopher Rufo, spokeswoman for the governor of Florida, Christina Pushaw, and conservative outfits like PragerU and BlazeTV.

Human babies and wombs are NOT commodities to be rented or harvested like crops. Disgusting and foul and evil. Dave Rubin is NOT “conservative” – whatever that means anymore.

This is horrifying. Buying women’s eggs & then renting other women’s wombs to grow “their” children (who will be deprived of their mothers) & instead forced to be raised by two gay men as “theirs.” Any Christian or conservative congratulating them is just as bad as the Marxists.

As well as Allie Beth Stuckey, who believes it is important to stay true to your values, and represent them honestly. She did not join the cheering conservatives in offering felicitations to Rubin. She shares her perspective on the issues of marriage, sexuality and surrogacy, and explains her reasons here:

Why I Can’t Congratulate My Friend Dave Rubin

This entry was posted in Conservative, Ethics, Faith. Bookmark the permalink.

5 Responses to There’s Nothing Conservative About Renting Wombs