I am not … in the business of satisfying customers

Not sure how familiar you Cats are with the comic book world. I don’t partake myself but have enjoyed the political theatre of it over the last year or so, culminating in the latest offering from DC comics: I am not star fire. 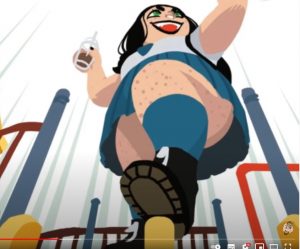 No honey you are definitely not star fire. 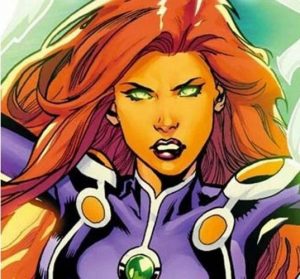 An art form traditionally dominated by the best humanity can offer whether that be in looks, strength, courage, honour or some other positive trait is not another outlet of left wing propagandist human excrement. Let’s take a look at a positive review from Your Money Geek.

When DC Comics first announced their young adult graphic novel I Am Not Starfire, it was met with outrage and vitriol, which has, unfortunately, become the standard for comics that break the historically straight, white, male hero stereotype. A certain subset of comic readers took offense to the idea that the scantily clad K’oriander could have a daughter who was the complete opposite of her. But Mandy is precisely what we need more of in comics. She’s brutally honest about who she is and unabashedly proud of it too. She’s goth, she’s queer, and she’s trying to find her place in the world beyond the glamour of her upbringing.

What you may notice already is that character depth, good story telling or attractive art has not yet been mentioned, these things being unimportant to fans and customers apparently. Lets continue though:

Mandy may not fight crime like her mother, but she does face impending adulthood and S.AT.s… Okay, well, she doesn’t exactly tackle these things head-on. But she does face her burgeoning crush on her classmate Claire with… copious amounts of nerves and a little skepticism. Alright, Mandy doesn’t possess any of her mother’s grace, superpowers, or tenacity, but she had plenty of merits on her own

Impending adulthood and school studies – sounds riveting. Superheroes used to find whole dimensions, create time travel, use wits to beat enemies far more powerful themselves. Importantly our female protagonist doesn’t possess grace, superpowers or tenacity which is lucky because that might make it worth reading. But they continue:

Not only do we get to see a teen grow into her own as an individual, but we see that you don’t have to possess classic beauty, a perfect figure, or the most gracious personality to see yourself in a graphic novel. This is the graphic novel that so many young people needed decades ago, when they struggled with being accepted for who they are and not judged for who they were not.

Classic beauty or perfect figure are things that teenage comic book readers definitely hate but the kicker is not possessing the “most gracious personality” which is a euphemism for entitled, lazy, stuck up, unhealthy, resentful bitch. 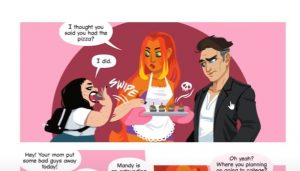 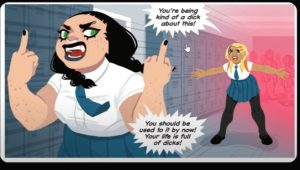 Maybe I am being a bit too hard on the comic. They are clearly trying to reach their audience in new ways, making it more relatable to the current generation, more gritty and realistic which the fans want, right? 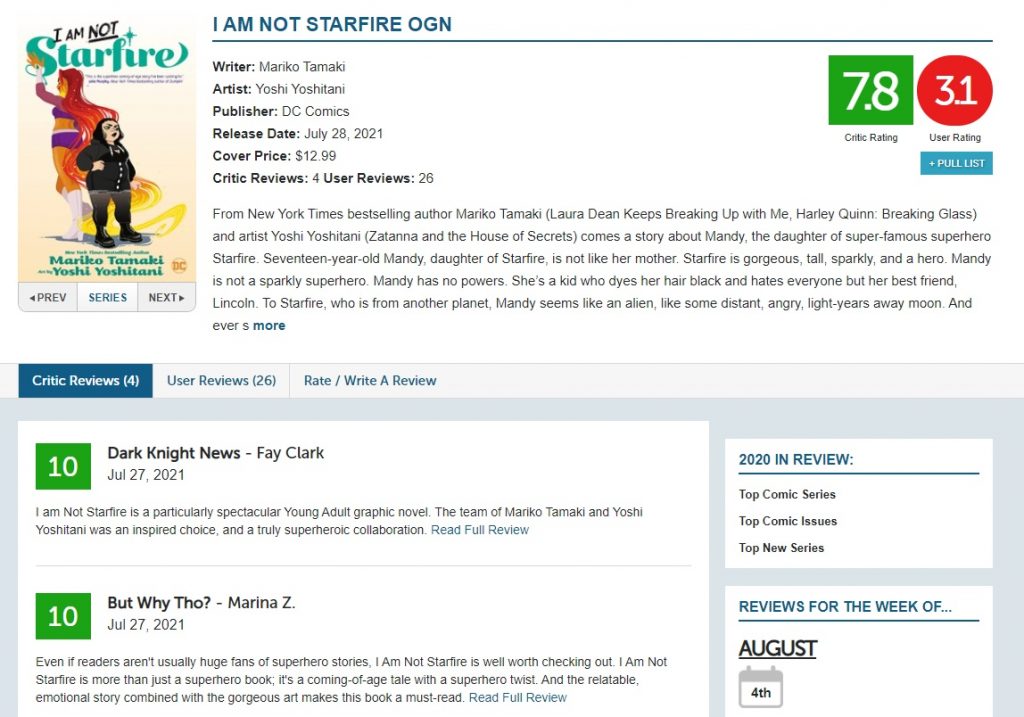 Check out that disconnect between the critics and the fans. Mark Dice talks a lot about this on his YouTube channel and in his book and the evidence is certainly increasing. He talks about Hollywood and entertainment being the propaganda arm of the government with a lot of money being funnelled there for movies and shows to show ideas and characters that benefit the government but more likely the deep state.

The only other viable option I can think of is that these companies are so woke, and the employees have so much power that they simply don’t care about making profits and just want to evangelise to existing market bases, which is for me is the saddest part of the story.

These companies use goodwill from ground-breaking writers, directors and other creatives that have been generated pain-stakingly over decades and shit all over them not just without disregard but in malice and spite. They lack the talent and discipline to create something new to preach their garbage, that they have to resort to destroying beloved characters from the past and don’t even have the empathy to feel remorse.

And in case you think I am cherry picking a single example (as egregious as it is) here is an offering from Marvel comics last year: 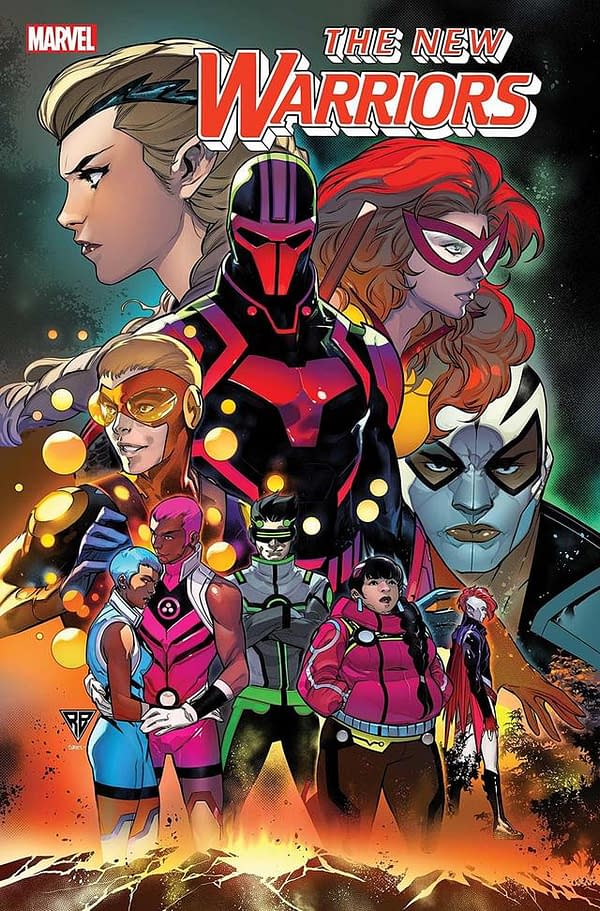 Let me leave you with the character synapses:

Screentime: Our token asian character in the green

Snowflake & Safespace (these are real names): Our sexually suggestive twins with dyed hair. Snowflake gets the bonus power of “non-binary”

And my personal favourite:

Trailblazer: The one who looks like they have never blazed a trail in their life and who takes dieting techniques from Monty. Her powers are a magical backpack that can access pocket dimensions which means she didn’t earn her powers and has no useful skills should someone else simply pick up her backpack.

This entry was posted in Culture Wars. Bookmark the permalink.